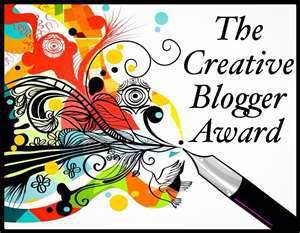 Well, it looks like I got nominated for an award again. with the usual rules. This time Merlin’s Musings honoured me this way, which is one of the blogs I frequent for interesting thoughts about movies and TV shows. And I am totally honest here: while it is nice to be remembered by someone, I think this will be the last time I accept such an award. They are certainly good for networking, but they are also kind of like chainmails and I generally hate to get pressured in doing something, especially when it interrupts my usual schedule. But since I conveniently just finished an article series,  this one happens to fit for a change. The rules are: 1) link back to whoever nominated you, 2) share five random facts about yourself and 3) nominate 15 to 20 other blogger. Eh…I think I’ll do five. Which is more than I was able to do the last time around since I was pretty new at wordpress back then and more or less every blog I frequented was already nominated. To spice things up a little bit, I’ll try to explain why I frequent the blog in question. But first the random facts:

1. I just bought five new pair shoes. Not because I am obsessed with shoes, but because I am so disinterested in them that I tend to wear my shoes until they fall apart. Since I was out of shoes for the summer, I bought enough that I should be covered for the next five to ten years.

2. I really enjoy having a pair glasses which allow me to change the sides whenever I want. It is nice to be able to have some variety on your nose after all the years stuck with the same colour.

3. As soon as I become obsessed with a Fandom, I tend to create a timeline sooner or later. Sometimes as personal research, but I also spend more than a month creating one for the MCU.

4. I have no idea how to program a software, but I always wanted to write the story for a point-and-click adventure. With a bunch of really neat riddles.

5. Spring is my favourite season, because it is neither too cold nor too hot.

And now the five blogs…mmm….let’s see….

This is a side-project of The Animation Commendation which I appreciate because usually it is always either the really bad movies or the really good ones which get discussed. Not so in this blog, which tackles all kind of Disney movies. By reading this one I have become aware of some I might have to check out at one point.

2. We Minored in Film

I have a lot of movie-related blogs on my list, but I appreciate this one especially, because it doesn’t just discuss the movies itself, but also provides a lot of background knowledge about the studios and the movie industry in general.

I am not really interested in fashion and celebrities, but the observations in this blog are often very funny.

Every Animationfan at wordpress should know this blog. If you don’t, check it out, today. It is practically required reading.

That is the result of my new interest in Comic Book adaptations. I generally refuse to get drawn in some sort of fanwar, but currently my personal taste verges more towards Marvel than DC. This blog helps me to keep up-to-date with what DC is doing.

So, that should be enough. I have, btw, decided to go on a short hiatus to give me time to prepare the Harry Potter article series properly. Not for long, but I might need an additional weekend or two.